About » The Vice Chancellor 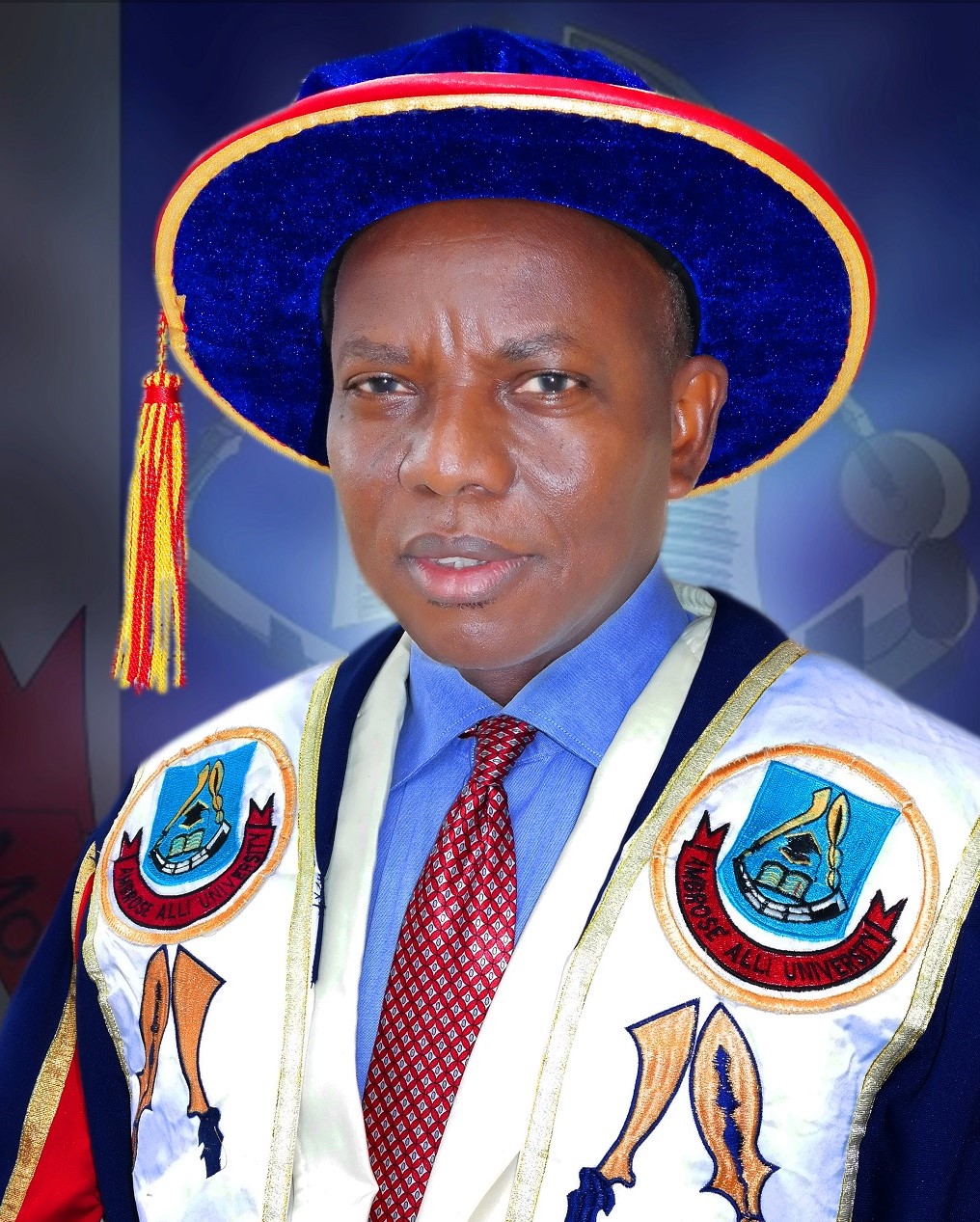 Prof. Ignatius Akhakhia Onimawo was born on the 20th of July, 1957 in Afowa, Etsako West Local Government Area of Edo State. He attended St. James’ Grammar School, Afuze from 1972 – 1976 where he bagged his WASCE (Division One), 1976. With this feat, he was admitted into the Great University of Ibadan in 1977 for his B.Sc. in Agricultural Biochemistry and Nutrition where he graduated with a 2nd Class Upper Division in 1982.

In a quest for more academic laurel and prowess, he proceeded for his Masters programme and thereafter his Ph.D. programme in Human Nutrition (Nutritional Biochemistry) and obtained his M.Sc. and Ph.D. degrees in 1985 and 1995 respectively, from the University of Ibadan.
In 2012, he bagged a Certificate in Professional Development in Nutrition (CPD).

Prof. Onimawo started his working career as a Lecturer III in the Science Technology Department of the Federal Polytechnic, Idah, Kogi State in 1983 and rose through the ranks to the Position of Chief Lecturer in 1999 before he left to join the services of Ambrose Alli University as a Senior Lecturer in 1999. In 2001, he left to take up an appointment with Michael Okpara University of Agriculture, Umudike and rose to the rank of a Professor in that University in 2005.

Professor Onimawo rejoined the services of Ambrose Alli University, Ekpoma as a Professor in 2005.

As an academia of very high repute, he has distinguished himself in areas of research and publications as follows:

Prof. Onimawo is a pace-setter with a knack for being the best. For example, he came out in Division One during his Secondary School days; he came out with a Second Class Upper Division in his first Degree University education besides others.

He is a socialite and a good mixer who creates time in spite of his academic pursuits to engage in sports. He is a sprinter, footballer, Hockey player, Volley baller, Triple jumper and Ludo player. He equally creates time to serve his creator, the Almighty God. He is a good Catholic.

Prof. Ignatius A. Onimawo is happily married to his lovely and amiable wife and friend, Mrs. Jane Onimawo of the Department of Vocational and Technical Education, Faculty of Education, Ambrose Alli University, Ekpoma and they are blessed with three wonderful children.