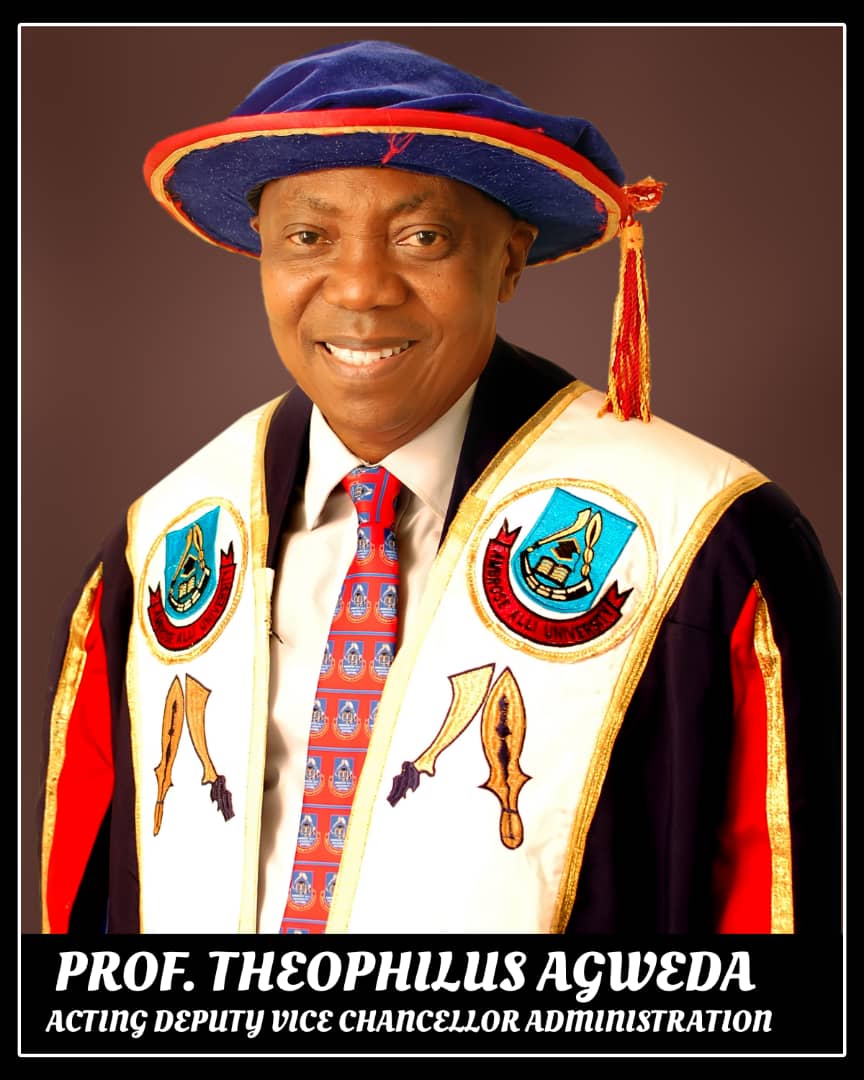 He had his early education at Otaru Grammar School, Auchi and Advanced College Igueben where he had his WAEC in 1978 and GCE A Level, 1981 respectively.

He won the Head of Department’s prize for the best graduating student in Sociology (1985). He is an External Assessor to the University of Port Harcourt and Federal University of Lafia, Nasarawa State. Also, he has been External Examiner, Department of Humanities and social Sciences, School of General Studies, Auchi Polytechnic, Auchi, Edo State.

It is worthy of note that Professor Agweda, Theophilus Otsemheuno has published well over thirty-one (31) articles in referred local and International Journals, six (6) contributions in Edited book and five (5) books to his credit.

He has attended several conferences and workshops both local and International where he presented papers. Such conference papers include ‘’Politics and it’s Socio-Cultural Environment’’ (paper presented at the Nigerian Sociological Conference) in 2002, and ‘’Gender, Résistance and Change Emerging Issues’’ presented at the Interdisciplinary Conference by the Center for Gender Studies, Auchi Polytechnic, Auchi in March, 2014 among others.

Professor Agweda administrative prowess cut across all sectors in the University.

He held various positions, which include the followings:

It will interest you to know that his interests are travelling and reading.

Professor Agweda is happily married and the marriage is blessed with children.

We congratulate Professor Agweda, Theophilus Otsemheuno and family, Department of Sociology and the Faculty of Social Sciences for his appointment as the Deputy Vice Chancellor (Administration), Ambrose Alli University, Ekpoma by the Edo State Governor, Mr. Godwin Obaseki.